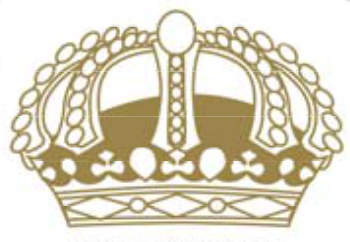 HomeUncategorized Balancing Your Work and Life

Balancing Your Work and Life

By AMPHION Communications No comments yet Uncategorized

By Barbara Perino and Rebecca Walzak

In the first part of June, the White House held a summit on working fathers. NPR Code Switch publication said this is another sign of just how much modern fatherhood is changing as the number of stay-at-home dads in the United States has doubled since 1989 and is now around 2.2 mil-lion. Pew Research Center found that a quarter of stay-at-home fathers said they choose to stay at home with their children. A similar number said they were at home due to illness and another similar number consisted of fathers with disabilities or who were unable to find work. Fathers who are actively involved in child-rearing regardless of their individual situation are still not a common practice.

Blogger, Richard Doyin became an overnight sensation when he posted a photo online with his blog while on paternity leave from his corporate job. What he thought was an innocuous photo of his interaction and care giving with his two daughters became an instant hit. While his motive was rather self-serving because he wanted to prove to his skeptical wife that he could do it, the photo was shared by tens of thousands of people and he was inundated with responses from varying perspectives. Some people thought he was one of the “greatest dads.” Other people pointed that the mothers do this every day, and if you saw a woman doing this, it wouldn’t be considered such a worthy endeavor. But there was other responses from people who had their core beliefs shattered – “this guy seems pretty cool, he’s black and loves his kids. What’s going on?” Richard’s wants his conversations through blogs to start from the position that dads like him, black or otherwise are not aberrations. “My issue is that I want it to be a discussion about modern fatherhood where it’s OK for men to behave the way I’m behaving as far as caring for their kids,” he said. “It’s not unusual.”

A study by Boston College for Work & Family found that a majority of fathers (especially those under 40), are moving away from the traditional “breadwinner” role and see themselves as responsible for both the emotional and financial needs of their children.

The study found that “Based on what fathers are telling us, it’s clear that they carry an appreciation of the important role that fatherhood plays in their lives and the lives of their family members. From our research, we see American men who are striving to be good workers, good fathers, and good men.”

The idea of fathers taking an active role in raising their children is not necessarily new. Older fathers, of which there are many more these days, have always had the opportunity to actively participate in the “fatherhood” experience. Everyone probably knows a man who has or wants more responsibility for their home and children. Take my son-in-law for example. He is a fire-fighter and because of his schedule he is home on a regular basis. When he first started in this job, he assumed that he should be working a second job, since that is what “men” do. However, it soon became apparent that the best thing he could do for the kids and the family’s financial health was to stop paying a nanny and take on those responsibilities himself. He does find that many times he will be the only father on play dates or at the daisy scout meeting, but the reward of being more involved with family and community more than compensates for any funny looks.

Of course, there is the fear that reducing time at the office will dead-end careers. Stew Friedman, a management professor and head of Work/Life Integration Project at the University of Pennsylvania’s Wharton School shared that there is a lot of confusion and angst among young men on how they’re going to make it work. There is also a stigma working against men that those who identify themselves as active fathers are unwilling to work hard or put the company first. (Does this sound familiar to our female readers?) Typically men in traditional breadwinner roles are rewarded either because of cultural assumptions or because they are able to put their work first while men who act as caregivers are hurt for doing so.

“Employers still tend to promote people who appear willing to sacrifice everything for their careers,” says Jessica DeGroot, founder of ThirdPath Institute, an organization that advocates better work-life policies. Most current leaders are from the “Baby Boom” generation and rose to the top under the old rules, which shapes their thinking about what it takes to succeed. This is especially true in the mortgage industry where most leaders of companies are typically older Baby Boomers who still lead from the “top down” and resist change. How are these current leaders going to embrace the younger generation of males who “work to live” vs. “live to work”? Obviously this approach will have to change as new, younger leaders, both men and women advance in their careers. “This new breed of leadership will turn down promotions or curb their ambitions without greater support for their parenting roles,” says Brad Harrington of the Boston College Center for Work & Family.

The study at Boston College also found that the more supportive fathers perceive their work environments to be better overall based on the lower level of work-to-family conflict and the higher the level of work-to-family enrichment they experience because of their attention to balancing their work and families. Ultimately this demonstrates that a more supportive work culture has a positive effect on a father’s home life and vice versa.

The changes that are taking place with fathers have not been fully understood and embraced within organizations, and old paradigms persist. Work-life balance continues to be seen as mainly a women’s issue. Fathers are expected to work long hours and to put their work lives ahead of their family lives. Unfortunately there is a deeply ingrained belief that working more hours leads to higher productivity and more effective workers. What it often fails to consider are the costs of added employee stress, lower morale, low job satisfaction and lower employee engagement, which ultimately leads to a decrease in productivity in those extra hours spent at the office instead of at home. Regardless of views on longer work hours and productivity, it is clear that roles of both men and women are changing. Women are taking a larger role at work and will continue to do so. Fathers are taking a larger role at home and that trend will also continue.

Whether you are well established in a positive work-life balance or just interested in getting your company to begin thinking this way there are some ideas available for consideration. The Enterprise-For-Health organization suggests some work-life balance activities such as:

Some companies that have embraced the possibility of this new working place movement include Ford Motor Company who allows salaried U.S. employees to work a reduced schedule. MetLife has a virtual coaching program for expecting parents. Ernst & Young LLP offers a similar program, which was for women only until a female officer suggested offering to men as well. American Express holds occasional Fatherhood Breakfast Series where they invite male colleagues to talk about blending career and family. Google and Zappos have embraced blending work, play and balance into their cultures for years.

The companies who recognize and respect the need of their employees at different stages in life are best positioned and prepared to meet the challenges of the changing world of work. Being out of balance between work and life leads to employees experiencing very specific stressful situations with negative health consequences. Ignoring this can reflect on the success of an employer as well. Companies need to find ways to support all types of family arrangements and provide the flexibility needed to make both the companies and the employees successful. Those that do this will have access to the best talent pool, and potentially a very productive and engaged workplace, even if you happen to be a mortgage company.

About The Author
Barbara Perino is a Certified Professional Co-Active Coach guiding her clients who are executive leaders and their staff. Barbara has been trained through The Coach Training Institute (CTI) located in San Rafael, CA. She completed a Coaching Certification Program through CTI and the International Coaching Federation (ICF). Prior to becoming a coach, Barbara was a 16-year veteran of the residential mortgage industry in a national sales management capacity for property valuation and residential mortgage service providers.